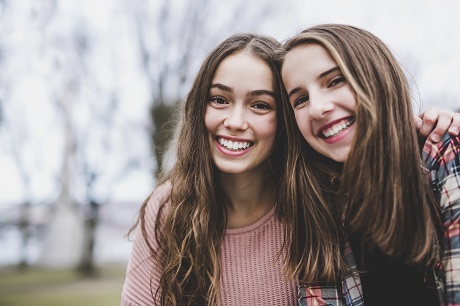 Period poverty is a serious issue worldwide. Sanitary products alone can cost a woman up to $15,000 over her lifetime, and for some, they are simply unaffordable. This means, for starters, that girls might miss out on attending school some days every month simply because they cannot afford the cost of these products.

During Victoria’s Entrepreneur Bootcamp in 2016, run by Wellington Univentures, the idea for a social enterprise called Dignity was launched as a way to combat the issue of period poverty. Dignity employs the Buy One Give One business model. They sell subscriptions of environmentally-friendly sanitary items to businesses throughout New Zealand. Dignity will then donate the same items to schools, pack for pack, so girls will always have products available to them at no cost.

Over the past several years, director Jacinta Gulasekharam and co-director Miranda Hitchings have developed their Bootcamp idea into a successful business. Dignity has partnered with many major companies around New Zealand including ANZ, New Zealand Post, and Weta Workshop. They have given away over 23,000 boxes of sanitary products to not only schools but have grown to include youth organisations and women’s support services.

Providing free products to schools allows for girls to not miss out classes and risk falling behind their peers. Dignity has been tracking attendance in schools they donate products to, and 72% reported a reduction in absentees due to periods.

The products are not only good for women but good for the planet. They will biodegrade within 5 years (as opposed to other products that can take 500 years) and are sourced from organic cotton. All the external packaging is fully recyclable and even the inks are made from all-natural vegetable dyes.

The physical and financial burden of having a period can put women at a disadvantage at school and in the workplace. Dignity can at least help with part of this equation, by making sure everyone’s basic needs are met regardless of financial status.

Dignity has grown steadily, reaching 24 corporate partnerships in 2020, double the number from the previous year. The organization would like to maintain this upward trend. This would allow the business to expand its beneficiary base to include even more schools, family planning centres, and other organisations that support women. This wider reach would create an even greater impact by getting free products into the hands of those who need them.

Support Dignity’s efforts is by visiting Dignitynz.com to sign up a business and take a step in the right direction towards period equality in New Zealand by helping to unburden women of this financial burden.