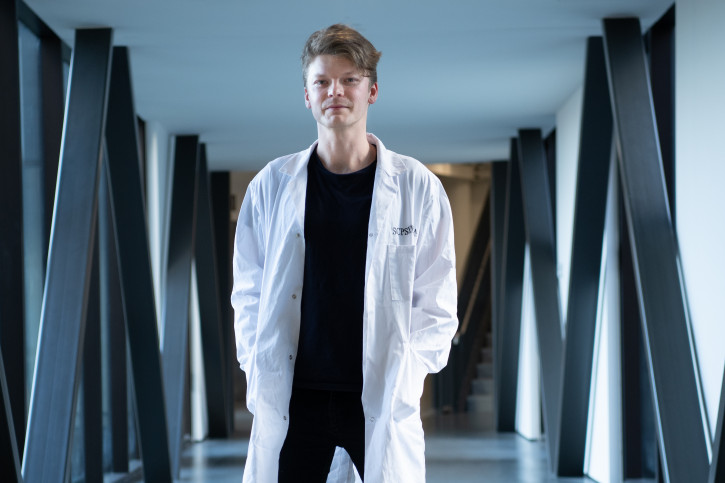 In radiotherapy, extremely high doses of ionising radiation are used to kill the cancerous tissues in tumours. An incredibly important part of the process is monitoring the doses, to ensure low risk of harming the patient. Currently ionisation chambers or radio-chronic films are used to detect radiation levels and determine the intensity of the radiation. However, ionisation chambers produce a one-dimensional measurement that is time-consuming to use for tracking different beam geometries.

Specialising in optics Dr Joe Schuyt, Research Assistant at Te Herenga Waka—Victoria University of Wellington has discovered how crystals can be used to help identify radiation levels, speeding up the process of monitoring radiation doses.

Developing new dosimeter technologies, the material discovered can trap charges produced by radiation in pockets at precisely the point it is delivered. The incident radiation energy is then stored passively until the trapped charges are released by optical or thermal stimulation. As this happens, they emit light—meaning the amount of radiation can be measured optically.

The measurement can be read out during, immediately after, or even a year after exposure to the dose and can produce 3-dimensional information, and, unlike radio-chromic films, it can be reused.

Reading the dose information releases the trapped charges, restoring the material to its initial state and allowing for subsequent measurements.

Other non-tissue equivalent technologies do not have the same radiation properties and so often require further mathematical corrections to represent an accurate analogue to human tissue.

Joe is currently engaged in the KiwiNet Emerging Innovator programme and is connecting with industry partners to develop his product for end-users.