Home > About Us > Our Team > Matthew Nicholson 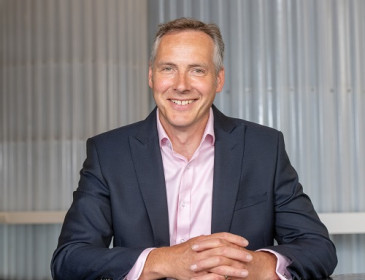 Matt joined the Wellington UniVentures team specifically to help Professor Emily Parker (from the Ferrier Research Institute) commercialise a 'fungal factories' project which involves the biological synthesis of a variety of natural compounds found in plants, fungi and other micro-organisms.

A molecular biologist with a particular interest in fungi and other eukaryotic micro-organisms (organisms with a nucleus), Matt was born in Manchester, England. He holds a Bachelor of Science (Hons) in Molecular Biology and a PhD in Molecular Genetics, both from the University of Manchester.

After graduating, he relocated to New Zealand to take up a postdoctoral research position with AgResearch, where he focused on how fungi and other microbes could be used to stop methane being produced by livestock.

Following a nine year break from the lab to work in sales, he’s excited to be working in the world of science again, and is passionate about synthetic biology and the potential of Professor Parker's project to have real impact in the world.

Winemakers need to monitor various metabolic products to ensure the quality of their wines, but this can be a complicated…

Every cell of the body contains a population of tiny RNA molecules—only 20-24 nucleotides in length—that regulate gene expression. They…

Originally from India, Dr Tifany Oulavallickal moved to New Zealand 12 years ago to complete her Master’s in Engineering at the University of Waikato.

Most of Matt Nicholson’s eclectic professional life, he reflects, has been defined by a struggle between purism and realism. On…