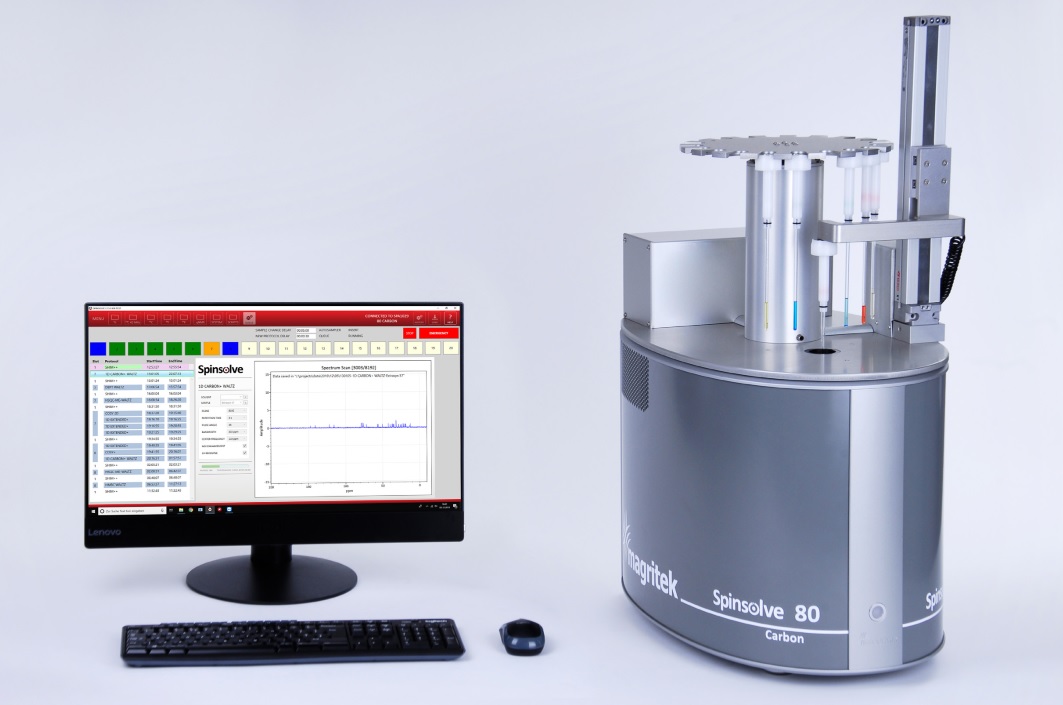 Prior to 2004, New Zealand climate change scientists working in Antarctica faced a significant problem: the instruments they needed to effectively measure the sea ice kept breaking in the extreme environment.

Seeing the clear need for more robust and compact measurement instruments, researchers from Victoria University of Wellington and Massey University began investigating how a new technology—Nuclear Magnetic Resonance or NMR (which uses radio waves to investigate the make-up of materials)—could be used to build a portable, durable-yet-affordable spectrometer that could measure the frequency emitted by any substance being analysed.

NMR is a powerful technology that enables scientists to study the physicochemical, electronic and structural properties of molecules, revolutionising science and medicine as a result—most notably in the use of MRI scanning.

The team’s world-class research in this field led them to form advanced technology spin-out company Magritek—whose Founder Inventor was the late Professor Sir Paul Callaghan, from Victoria University of Wellington’s School of Chemical and Physical Sciences.

Using venture capital from both universities, Wellington UniVentures incorporated the company in 2004 and, in 2009, Magritek joined forces with researchers at RWTH Aachen University, Germany to develop and manufacture easy-to-use ‘benchtop’ NMR devices for both academic and industrial applications.

Magritek’s flagship product—Spinsolve—is an analytical instrument that can be used in a regular chemistry laboratory, offering the highest sensitivity, resolution and stability available for benchtop models. Previously, NMR analysis of chemical samples required large, very expensive high-field spectrometers operated by specialists in dedicated rooms. By putting the technology into a benchtop box, Magritek enables researchers who are not specialists in NMR to access the technology and use it in experiments that require precise measurement.

Spinsolve’s high throughput NMR also enables it to be used in undergraduate teaching for chemistry students in a normal laboratory environment. The high sensitivity and advanced capability means it is fast and informative—critically important for large classes, where often hundreds of samples need to be measured quickly.

However, Magritek’s market is bigger than academia alone: its benchtop solutions enable the very powerful analytical technology to be used in industry—particularly in fields such as pharmaceuticals and industrial processing of food and petrochemicals—to help manufacturers understand the dynamics of their products on a molecular level, so they can enhance their production processes and ultimately ensure the quality of their products.

Today, Magritek has offices in Philadelphia, USA, in Aachen, Germany and in Wellington, New Zealand and the company exports its specialised, high-tech devices from Germany and New Zealand to customers all over the world.